I am an adjunct English and Honors professor at St. John Fisher College and Rochester Institute of Technology. I'm a former newspaper beat reporter and magazine editor. In addition to teaching, I write freelance for local print publications.  That's the short version.

The long version starts in my twenties. I spent them in France as an undergrad, then in England getting my MBA and then back to France, where I diligently followed the very complicated and seemingly endless process to become a naturalized citizen. I worked in Paris as a writer for fashion magazines and later for a communications agency specializing in European luxury brands.

By 30, I turned my attention to returning to the US...

I moved back to Rochester, NY hoping to earn a living combining my business and journalism degrees. I was was grateful beyond measure to land the perfect job at the Rochester Business Journal. The editorial team there at the time (many of whom eventually moved on to launch the Rochester Beacon, an investigative news site) helped me develop my skills as a writer and investigative reporter.

While at the RBJ, I covered technology companies, architecture and engineering firms, media, publishing, the environment and half a dozen other beats, in addition to a handful of Rochester-based publicly-traded companies. I became well versed at translating complicated technologies and concepts to non-experts.

When I turned 40, I channeled my skills and efforts into POST magazine to tell the story of a new emerging economy in Rochester (in the wake of Rochester's manufacturing hey day). With two very talented partners and a team of passionate journalists, photographers, designers and illustrators, we put out more than 25 print editions over five years. With photography and video to complement the print edition, POST employed a documentary approach to capture the life and work of locals and the issues Rochester faces.

As a quarterly magazine, POST folded in late 2018, however I continue to use POST's lens and style in my writing, focusing on topics such as Rochester's overwhelming poverty and homelessness in historically redlined neighborhoods. I write about this topic whenever possible and highlight them in the courses I have been teaching since 2019. 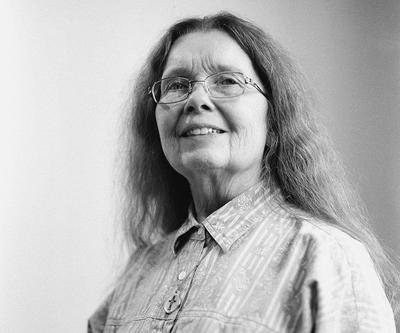 In four months, Sister Rita Lewis has shuttled more than 200 people to be vaccinated against COVID-19. Her efforts have helped House of Mercy return to almost-normal operations following a surge in infections months ago that forced HOM to close for two weeks. Sister Rita says it was heartbreaking when people kept turning up positive. In some ways, the experience was reminiscent of her early days at the House of Mercy, when Sister Rita watched another epidemic envelop residents. 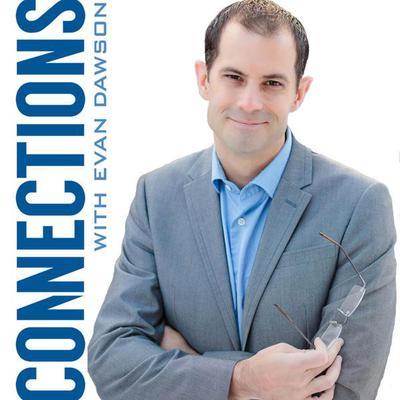 Connections: The Value And Standards Of Long-Form Journalism

A panel of Rochester journalists and journalism professors discuss with Evan Dawson the value of long-form writing in a 140-character world, and the standards we should expect. 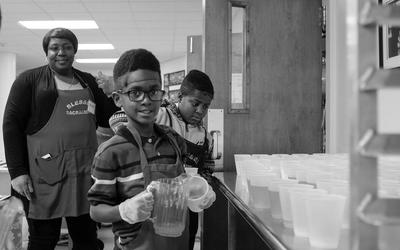 Perhaps one of the most misunderstood consequences of poor nutrition is the brain’s inability to self-regulate in the absence of certain micronutrients. Omega-3s, mainly found in fish, for example, are considered vital to brain development in children. A deficiency in this essential fatty acid has been shown to have long-term effects in adults that lead to antisocial and aggressive behavioral problems. 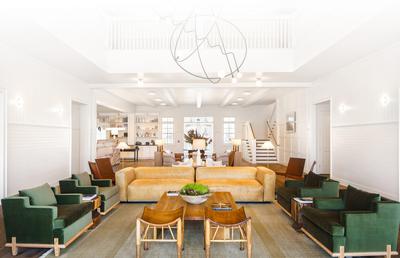 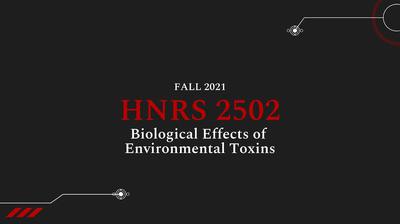 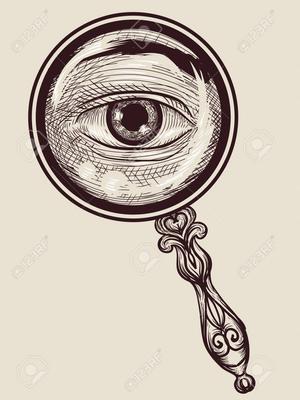 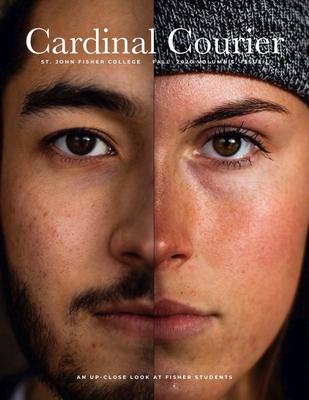 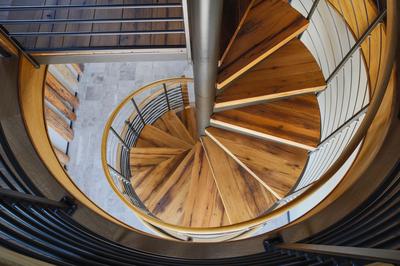 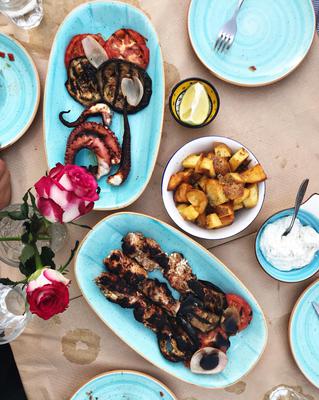 A local financial exec finds her creative outlet in her lifestyle brand. 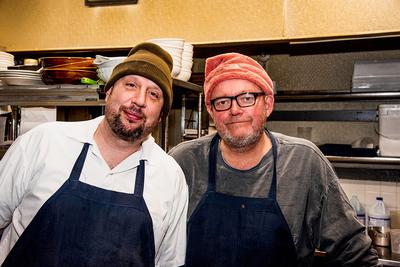 A Restaurant Honors its Patrons

Rocco Chef and Co-owner Mark Cuppolo talks about his podcast with local industry icons and the homage he pays to the influences on his life and business. 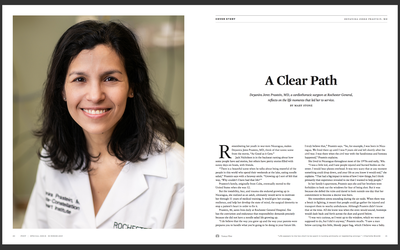 Deyanira Jerez Prastein, MD, a cardiothoracic surgeon at Rochester General, reflects on the life moments that led her to service. 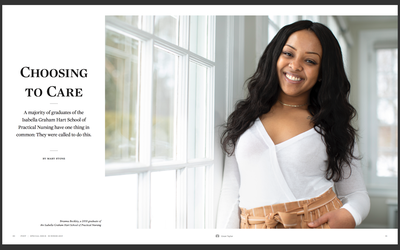 A majority of graduates of the Isabella Graham Hart School of Practical Nursing have one thing in common: They were called to do this.
Democrat & Chronicle • 6th November 2018 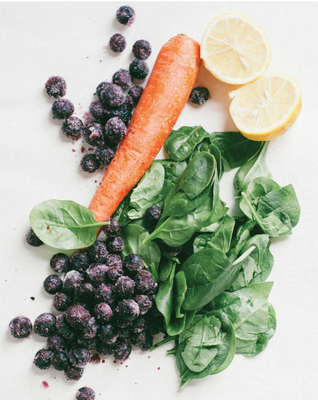 A talk with the co-author of the book The China Study about the links between diet and disease. 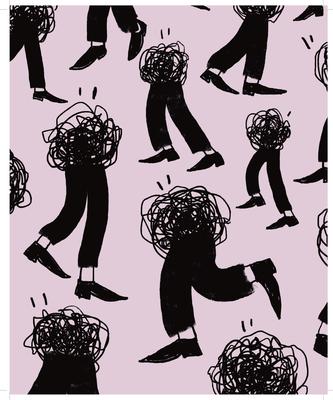 What’s the key to long-term happiness? How can we override our biological tendency toward negativity? Science has the answer. 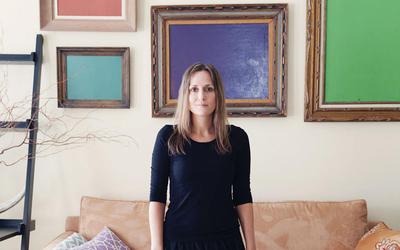 Jessica Cantlon, Ph.D., was named one of Time magazine’s People of the Year for 2017 as one of the lead complainants in a federal case against this city’s biggest employer, University of Rochester. Because of what she calls the school’s inaction over allegations of sexual misconduct last year, she will leave UR’s brain and cognitive sciences department at the end of the semester to accept a position at Carnegie Mellon University in Pittsburgh. Before she and her family left Rochester, she sat down with POST to share her story. 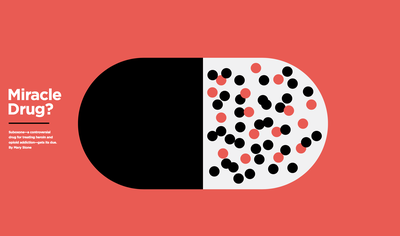 Suboxone—a controversial drug for treating heroin and opioid addiction—gets its due. 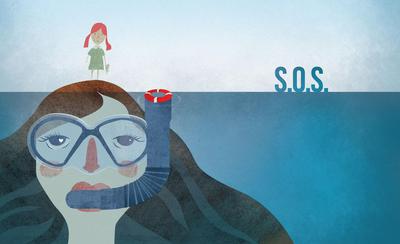 It’s impossible to imagine the frantic desperation John Geer felt last year trying to save his granddaughter from the abuse he knew was happening at her father’s house. When she died from internal injuries last November, Brook Stagles was one of the hundreds of open cases at Monroe County Child Protective Services, where Geer believes caseworkers and managers were too overwhelmed to save her. 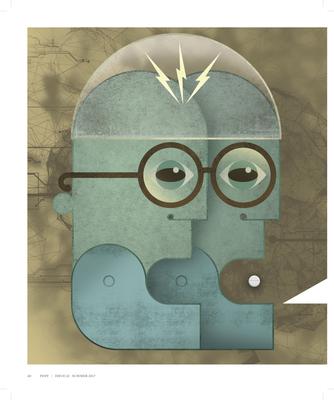 The benefits of learning a second language—as Senior Editor Mary Stone found out—go way beyond being able to communicate in other cultures. 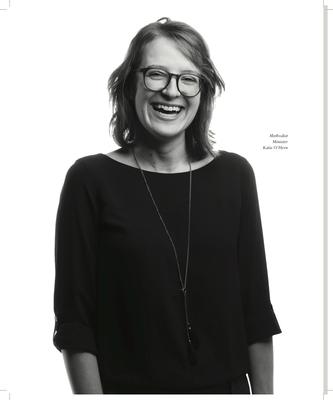 We talked to three young people who have dedicated their lives to religion to find out what drew them to their calling and how a life of service is changing their lives.
Load More Articles
Close ✕